How to Install Ashiatsu Bars

How to Install Ashiatsu Bars and How We Installed Our Set

Along with answering the following questions:

First, let me explain our first attempt and at the end, we will answer all of these questions. Second, keep reading, we have a free offer on how to install Ashiatsu Bars. To begin with, a typical Ashiatsu Stationary Bar setup consists of two parallel bars suspended from the ceiling, directly over the massage table. While the therapists stand on the table, they use the bars for balance.

I love barefoot deep tissue massage, and I could not wait to install my first Ashiatsu bars.

My first stab or I should say my husband’s first stab at the installation of bars, was, let’s just say a bit of a challenge. After giving him the instructions and a non-technical sketch that I had received in my class training. My hubby took one look at the picture and grimaced. What’s with the look, I asked? Just so you know, this man can make a light bulb out of a candy wrapper. Newly married at the time, I was soon to discover his genius. Our ceiling was vaulted and sloped, so that presented a challenge. On the plus side, there were wooden trusses available for support. However, the space above the ceiling was too tight for human access. So we were going to need to use the trusses for direct support. He tried to explain that the fat machine threads were not made to screw into wooden trusses and that this would weaken the structure of the trusses. The trusses support the roof, and all my ears heard, were, …blah, blah, blah, blah, blah… seriously the ceiling will fall down? We were getting nowhere. He was convinced a moron had written the instructions. So he tossed the instructions aside and came up with his own design. Together we made a trip to Home Depot where we purchased threaded rods, plywood, along with some nuts, washers, screws caps and the proper size wooden 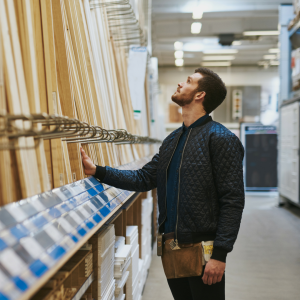 screws. I carefully picked out two closet dowels made out of pine. Similarly, my husband checked them over to make sure there were no cracks, splinters or significant flaws and Home Depot conveniently cut them into two 6-½ ft lengths. In the future, we would make them 8 ft long. My husband spent 3 days building a fancy box. The framed box was to make level the sloped ceiling and to cover the exposed boards that ran perpendicular to the trusses. And he used wood screws to properly secure them to the trusses. I was looking for an inconspicuous look. It was anything but. For some odd reason, I was under the impression that it would only take a few hours or a day at the most. After 3 days the project was still incomplete, and my patience was being tested. I really thought it was an unnecessary step. I temporarily kept quiet about my frustrations. The suggested eyebolts only came in limited lengths. With a sloped ceiling, it presented an added difficulty. He decided to skip the use of eyebolts and use the recommended threaded rods that could be cut to any size. Since he could not access the space above the ceiling. So he attached two by fours to the ceiling and screwed them into the wooden trusses using proper sized wooden screws. Then the box was connected to the exposed boards and secured on both sides with nuts. Then the rods were suspended from the boards inside the box. And again secured with bolts. We now had hanging rods. In this configuration it allows the bars to adjust to any height. Plus, I wanted my massage table to stay at the height I was accustomed to working with, for regular massage. It would also eliminate the hassle of adjusting the legs all the time. So far so good, now to drill six holes into the two wooden bars. Simple enough, except there was no room for error. To avoid alignment issues, the holes had to be perfectly matched. This took some time, but luckily my genius husband had the mad skills to conquer this problem. Now to add the bars. I’m not good at waiting, and my patience was wearing.  I made the mistake of offering him suggestions in hopes to get the job done a little faster. Do yourself a favor give the schematics to the builder; give them the basic instructions on how far apart they should be and how much weight they need to support and then leave them to it. So what happened next? Besides the fact, that my husband is an easy going mild-mannered guy and rarely even raises his voice when angry. Obviously, I missed the telltale sign of his frustration. His beet-red face wasn’t due to it being warm. Then, I watched while his two strong hands quickly gripped the wooden dowel and snapped it in half, like a toothpick. My eyes widened, and I went silent. He then pointed to the doorway and in a calm tone, and said, “Woman, out.” It was time for me to take my leave. Don’t you just love marital projects! An hour or so later, the bars were ready for use. Hooray! Sometime after he admitted that there was a less complicated way to install them and the box design was retired. We made it through our first project together we celebrated our 16 year anniversary. 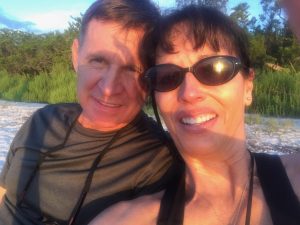 With the second set of bars, he simplified the process. In this version, we had access to the attic space. By building an additional frame around the trusses, he was able to bolt threaded rods into the frame. This left the trusses uncompromised. Then he attached two by fours to the outside ceiling. With the use of eye bolts coupled with threaded rods and we were able to slide the bars through them. It was much easier to do it this way. In order to keep the bars from spinning, we put a screw through the eyebolt and bar. Additionally, we painted the two-by-fours to match the ceiling above. It looked more natural this way. Truly, this version was superior to the first. Also, the vaulted ceiling was higher this time around, which meant more sway. Attach bars to one wall and add brackets to keep them from swaying apart. Presently he has installed numerous bars for other therapists and myself. However, those two sets of bars withstood 15 years of countless Ashiatsu training and workshops with therapists of all shapes and sizes. It saddened me to take them down. But I will always have the memories.

As a matter of fact, it was with these bars that The Barefoot Masters® would develop the first complete Ashiatsu routine. SaveSave

How much will it cost?

Of course, it depends on your set-up. In this instance, we had wooden trusses above the ceiling. With the box version, it was about $150. in materials. And with the second version it was about the same, but only took one day instead of three. Of course, that was over 15 years ago so it will cost more now. So who should install your bars? Perhaps someone like a husband, boyfriend or family member with mechanical skills is available to do the job. Or find someone who is willing to do a trade.
t

What materials do I need?

Where do I find the supplies?

What are some of the challenges?

We encountered the problem with a sloped ceiling. And we had to remove a ceiling fan. Also, you might need a stud finder. Uniquely, the biggest challenge is finding someone to install the bars. Later, I decided to teach all over the country. So, then my genius hubby needed to design our freestanding Portable Ashiatsu Bars. Of course, that’s another funny story that I will write about in another blog post.
Sign-up to receive our newsletter and receive Free Bar Schematics on how to install Ashiatsu Bars for the second set we installed.
Download Your Free Schematic 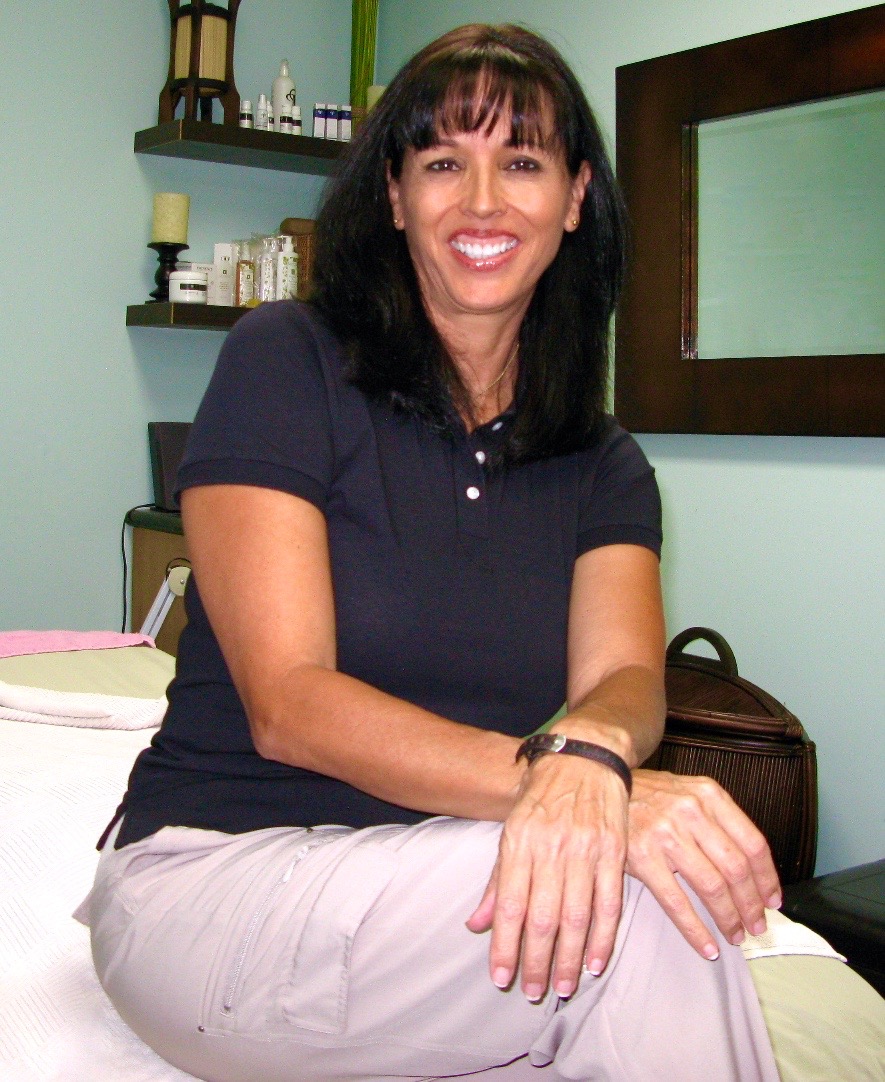 Ready to make more money from your existing clients? Grab this cheat sheet.

12 Sure-Fire Strategies to Make More Money In Your Massage Practice.

Thanks! Check your email for your free cheat sheet.

We use your State to send you tips and specials specifically for your state and CE requirements.